Finding Light at the Darkness Festival a Stirring Family Portrait 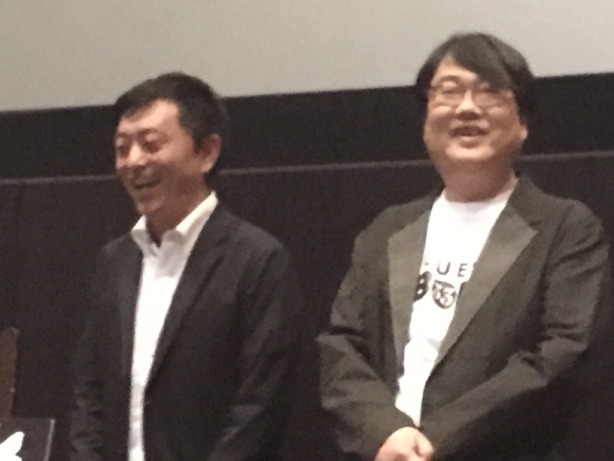 Sunday morning at KIFF started off on a high note as the powerful family drama Finding Light at the Darkness Festival screened at Toho Cinemas Nijo at 10:30am. Director Yukiyasu Asano’s multi-layered work centers on Ogawa (Seiji Rokkaku), a salaryman who has devoted his life to his company. When he is suddenly forced into (very) early retirement he must figure out how to live, and how to deal with his family’s issues.

The family, who live in Fuchu near Tokyo, consists of his divorced daughter Misa (Aimi Satsukawa), who is a single mother to toddler Karen, his wannabe-actor son, his devoted wife (Reiko Takashima) and a losing it elderly mother. At first the transition to Ogawa not working seems to be relatively smooth, but slowly we learn he is not realistic about his future job opportunities, feels defeated and worthless, and cannot find any direction. Misa, while appearing well adjusted, is actually a mess, falling for younger boys and then not giving her sensitive daughter the attention she needs. Ogawa’s feelings of worthlessness slowly start to abate when he turns his attention to a local, historic matsuri (festival).

Asano, who wrote the script and directed, has crafted a work that deals with so many aspects of Japanese life. Unlike many films, the characters are flawed and often pathetic. Even when they learn they still don’t handle things well. Thus one theme is ‘people make mistakes, they’re doing the best they can.’ The numerous scenarios that evidence this show the leads as very human and very relatable, not coming up with pat answers to difficult problems of human existence, which adds to the power of the film. In addition, Asano address the role tradition plays in Japan. He notes the delicate balance between history and innovation, tradition and progress, stressing the importance of both.

After the screening Rokkaku and Asano spoke to the captivated crowd. In a wonderfully impromptu and informative conversation the pair got into a discussion of Rokkaku’s portrayal of Ogawa. He noted, “Well I’ve never been laid off, seen my livelihood disappear or had to start from scratch to look for an occupation. But having said that, my mother pointed out my situation is actually similar. If I weren’t an actor I really don’t know how I’d earn a living. And I have to give my all to every job to keep working.”

The director noted the importance of the location and the real festival. “(Parts of the film were shot on location) in Fuchu, which is a train ride out of Shinjuku. The matsuri, which has a history of over 1,000 years, is an important event. So I had to think carefully how to shoot the matsuri, how to make sure I respected the people and how to portray the festival properly.” He added, “We didn’t use computer graphics or anything like that. We shot during the actual festival and our actors carried the portable shrine.”